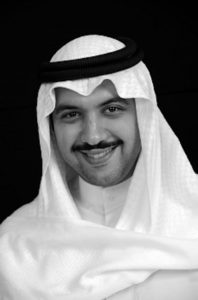 Sheikh Mubarak is the Founder and Chairman of Action Hotels, where he directs the company’s executive team and overseas implementation of the company’s strategy. He has also spearheaded various other real estate, hospitality, and investment projects across Kuwait and the Middle East.

Sheikh Mubarak sat down for an interview with for Arabian Business where he talked about the challenges he sees facing the major international players in the hotel industry, how his company adapts hospitality brands to fit the Middle Eastern market, the growth strategy for Action Hotels in the coming years, and his long-term vision for expanding the company internationally beyond the Gulf.

The full article can be read here at Arabian Business. Below are some of the most notable quotes from the interview with Sheikh Mubarak:

On the challenges he sees facing the major international players in the hotel industry:
The problem that we have today is with operators. They’re becoming too big. Basically, if you’re an owner today, you’re worried because they have so many rooms to fill, are they [the operators] going to service you as an owner properly? They become like ‘the Walmart of brands’. They don’t want to manage anymore, they want to franchise or they want to focus on the big ticket five-star luxury brands where they make the most fees. They’re becoming only operators of brands and making fees. That is worrying for an owner. Do they have enough personnel to manage this? That’s our problem. Do they have enough general managers to run the hotels? Today operators need to focus on people, not on brands. They are buying brands and not following the people and this is the biggest problem we have.

On how Action Hotels adapts the brands it works with to fit the Middle Eastern market:
We enhance a lot of these brands. The Courtyard Marriott brand in the US is not like the Courtyard Marriott brand in Kuwait, for example. The ibis Red is not like the ibis Red in Europe, it is much higher [standard] here than it is in Europe.

On what made their new CEO the right pick to lead Action Hotels:
Christophe has spent many years in the hospitality sector holding executive positions, including at Accor in the region. This gives him a deep understanding of AHC’s philosophy, anchored in satisfying the underserved growing demand for economy and midscale hotels.

On the growth strategy for Action Hotels over the next several years:
2018 was generally a soft year for the hotel industry. We have hotels in five GCC countries, and we are looking to build two new hotels in Saudi Arabia. We are stable now, and we are not developing very much. Our goal was to build a certain number of rooms. This plan changed because of the economic situation in the region and also the geopolitical concerns. We’ve had some headwinds, of course, which affected our business. Now we are restructuring the business to focus on operations and moving towards franchise, as opposed to management contracts. We are trying to enhance and see how we can add value to delivering better results in the short-term. In the mid-term we would be looking to selectively develop in the region, not drastically as we have shelved a few projects.

On the long-term plans for expanding Action Hotels internationally beyond the Gulf?
We are looking at doing something in Australia. We are looking at partners to create some sort of a vehicle. Maybe combining our assets with other assets into some kind of a vehicle. We are open to discussions. The UK is also an interesting market. I would like to look at that market more, but we don’t have any good local knowledge there. I would like to enter the midscale market in Europe now in a big way. And, of course, Germany is a stable economy. The culture of midscale is very big there, and the Germans like value for money. I am very keen to expand into Europe, especially the UK and Germany – the two main markets for midscale hotels.

For the complete story with extensive context and sharp analysis, be sure to check out the full article at Arabian Business.